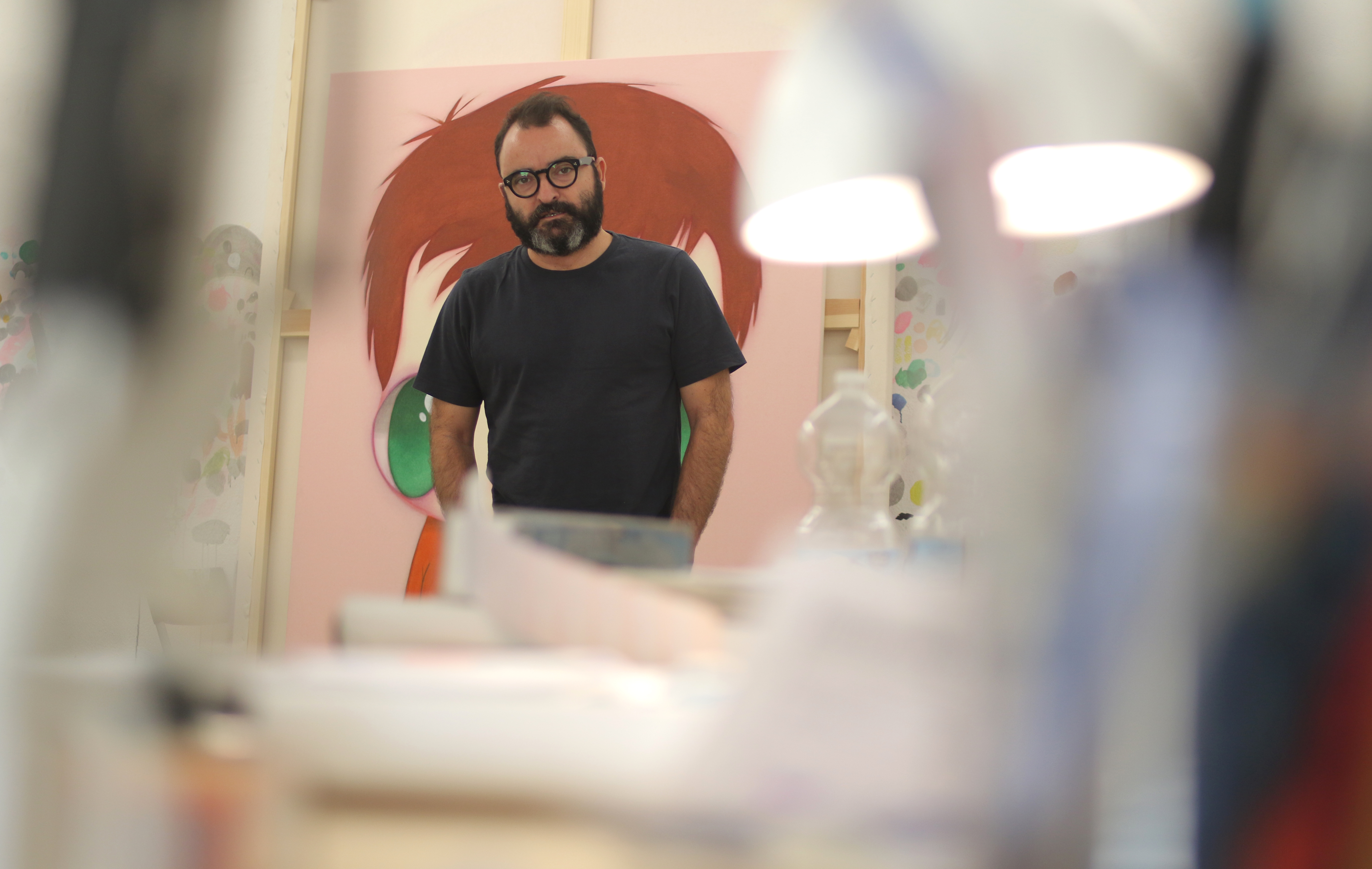 Calleja produces works that bring surprise and humor to viewers by incorporating subtle twists and interventions to various events within everyday life. Expressing a fondness for the works of Rene Magritte, Calleja attempts to reference and reinterpret the techniques of the surrealist master through contemporary portraiture. As testimony of such endeavor, his expressions carefully pay attention to details such as changes in color and shifts in scene, as well as gaps and discrepancies between his subjects and the messages that they convey. Furthermore, the setting for the narratives that naturally draw the attention of the viewer, are also an ingenious ploy that are executed on his part. When con- fronting his works, we as viewers come to realize that what is in fact represent within its context, is our own mentality and subjectivity. The "BIG EYE" that is today regarded as the most characteristic feature in discussing Japanese comics and animation, is said as being attributed to artistic expressions that were introduced to Japan in the late Edo period from Western nations such as Portugal. This historical process by which Japanese aesthetics had come to develop a strong attachment to "big eyes" in the pursuit for more Western-style expressions along with developments in mediums like manga, is a highly fascinating example. The manner by which the influences of such styles nurtured by Japan are reimported into the works of a Spanish artist like Calleja, is indeed symbolic of the art scene as it exists within current global society.