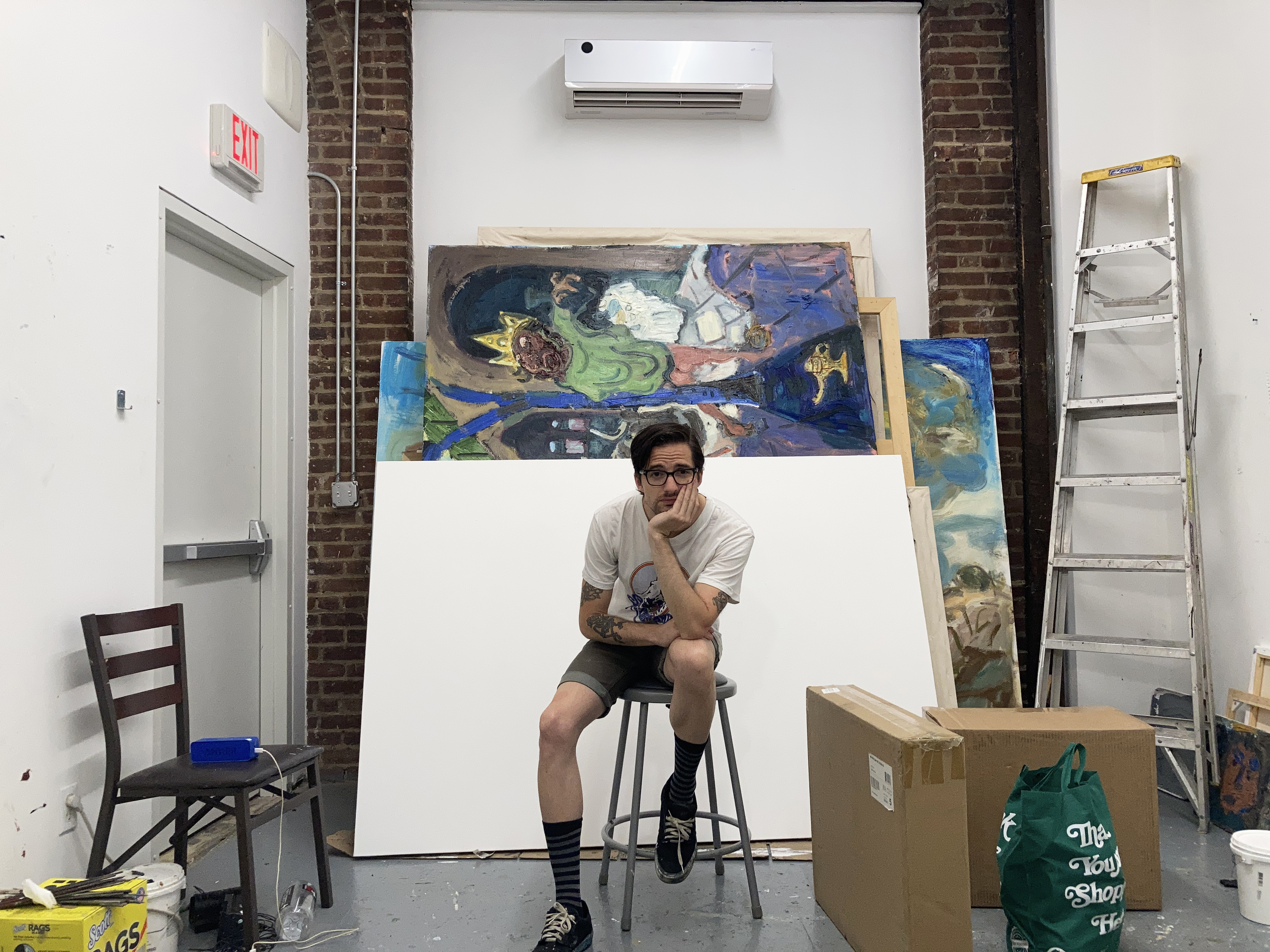 Dan Schein paints oil on canvas, and often without a sketch, thus, the emergence of the motifs through the painterly action, is revealed in the powerful strokes. Without distorting the colors, he depicts the forms of nature in rough caricatures, and faces are as well reduced to few, but vital marks. Dan Schein portrays his view on the world, often resulting in an inner unrest manifested by the brush method, as well as demonstrated in the scenes presented. The figures are often as uncovered as his view on them. Either they are literally naked, or in other ways exposed through awkward situations with an ambivalent ambience, emphasised with humour and irony. The characters belong to the edge of our society, far away from the urban cities. Here the cattle becomes meat, and the mud is not hidden, but instead plays an important role in the paintings, as Peter Michael Hornung describes:

“There is an affinity between the dirt and slushy mud in the pictures and the impasto painting technique used to depict landscapes and situations. In this process we encounter an artist's need to communicate strongly, personally and vitally for each sign in the picture is also meant as a life-sign. In these paintings the picturesque is obvious.” (From the catalogue: Dan Schein, Galleri Tom Christoffersen & Galleri Brandstrup, 2013) 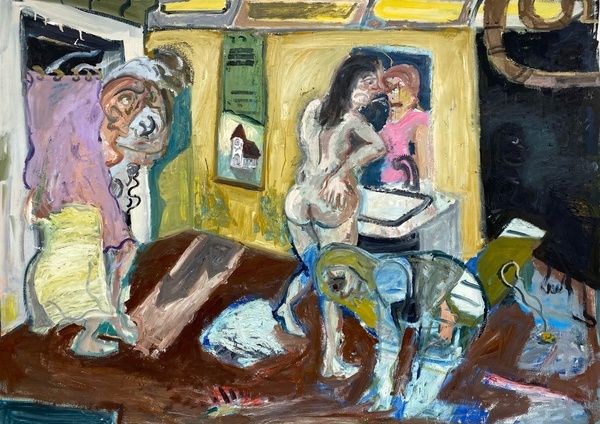 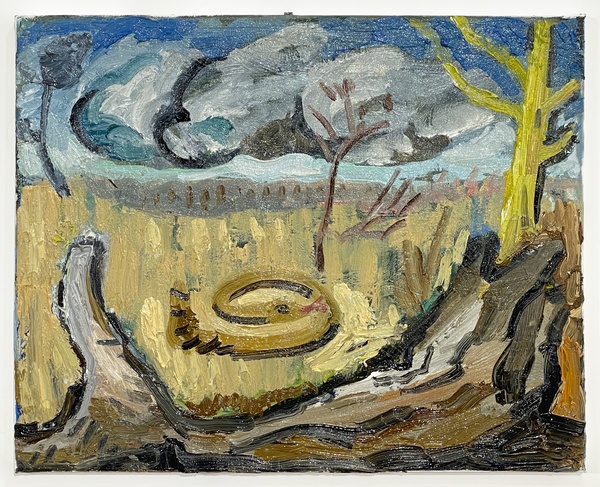 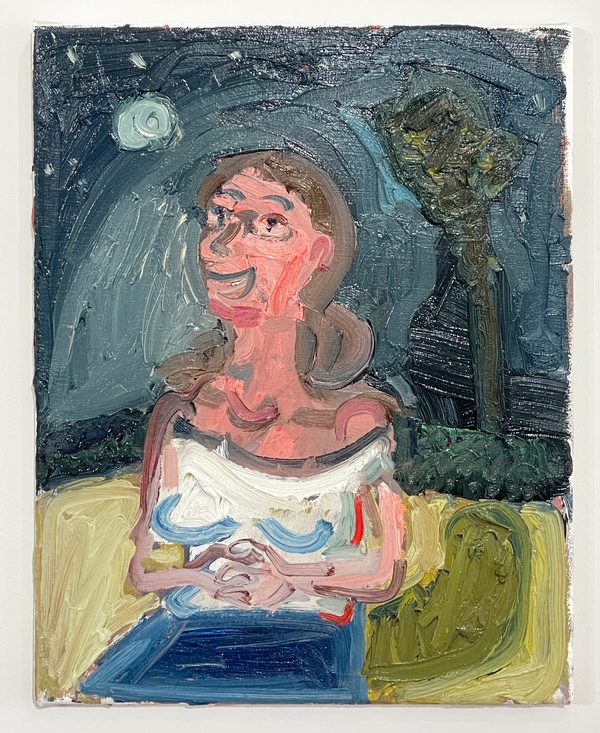