Victoria V Nunley was born and raised in New Jersey. She actually can’t remember time before she knew she wanted to be an artist. In fact, she drew a horse when she was just two and a half years old “and honestly, it was pretty good”.

She earned her BA from Brandeis University in 2014, and went on to earn her MFA from Boston University in 2018. She landed on the tone of her paintings while enrolled in Brandeis University’s post- baccalaureate program. She was in the middle of making probably a hundred bad paintings in a row when one of her professors remarked that one of them was hilarious; it wasn’t meant to be funny, of course, she was trying to be a serious painter and serious painters are supposed to make serious paintings about serious things.

But with that one comment, she realised that she had been fighting against her own sensibilities — namely her own sense of humour. She had mistaken what it actually meant to be serious about painting. 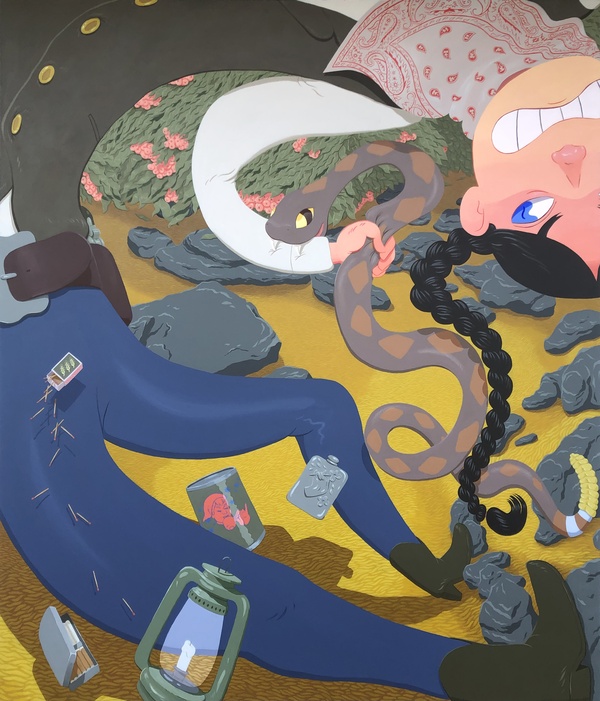