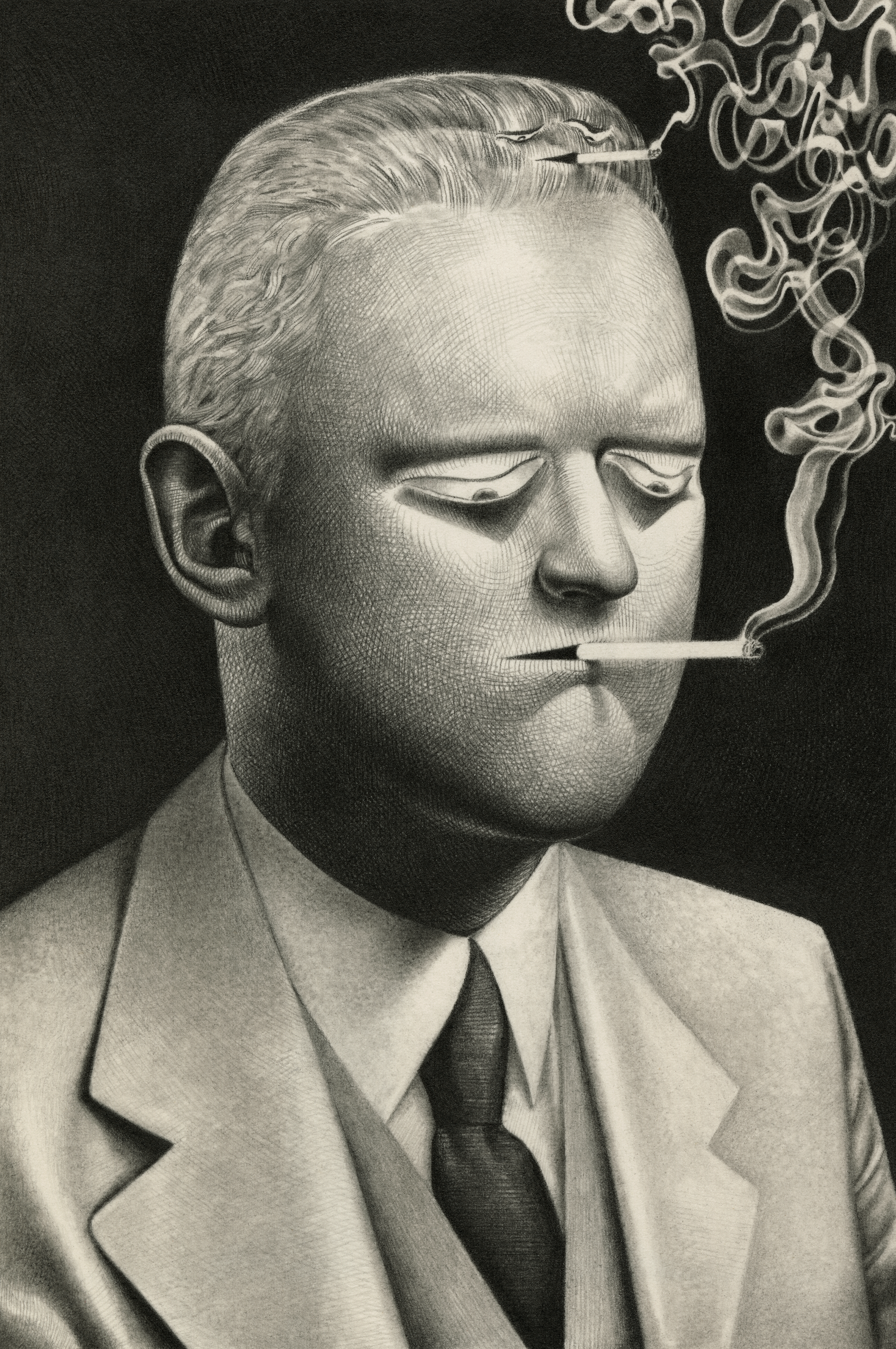 Raymond Lemstra (b.1978, Groningen, The Netherlands) graduated from Academie  Minerva in 2004 and moved to Amsterdam the following year, where he forged his  artistic practice through a construction of detailed, intricate drawings on paper. These  works led him to pursue painting, which he entirely focused on during his stay in  Somo, Spain in 2015, and more recently in Seoul, South Korea, merging the conceptual  aspect of his pencil drawings with traditional archetypal qualities of Dutch 17th century  portraiture.

For <COUPLELOOK ;Everydaymooonday Gallery , Seoul , 2021> shared exhibition , Lemstra created ten portrait drawings depicting fictional characters in which actual , real -life traits intertwine with more abstracted features. These fabricated identities are a continuation of the series “Personnage Fictionnel ” that he started working on during his Gana Art residency at Cité International des Arts in Paris in 2018. While wandering through the French capital, the artist started collecting black and white portrait photography that spoke to him, using them later as sparks to start these drawings . Rather than aim for likeness , these photographs merely function as an impulse to explore a specific harmony between figuration and abstraction.

A prominent component in this playful investigation is observing the human urge/ to recognise life visually and construct surreal and uncanny relationships between the two disparate worlds. Starting from our facially obsessed perception (Pareidolia), which often causes interpretation of inanimate objects or an arrangement of random geometric shapes as if they are looking back at us, Lemstra is regularly rearranging the relations between the key elements of his imaginary sitters. Employing both highly recognisable, meticulously rendered features, such as the clothes, hairstyles, accessories, or postures, alongside abstract, often geometric based forms, the viewer is led toperceive a certain emotional charge in otherwise artificial shapes. 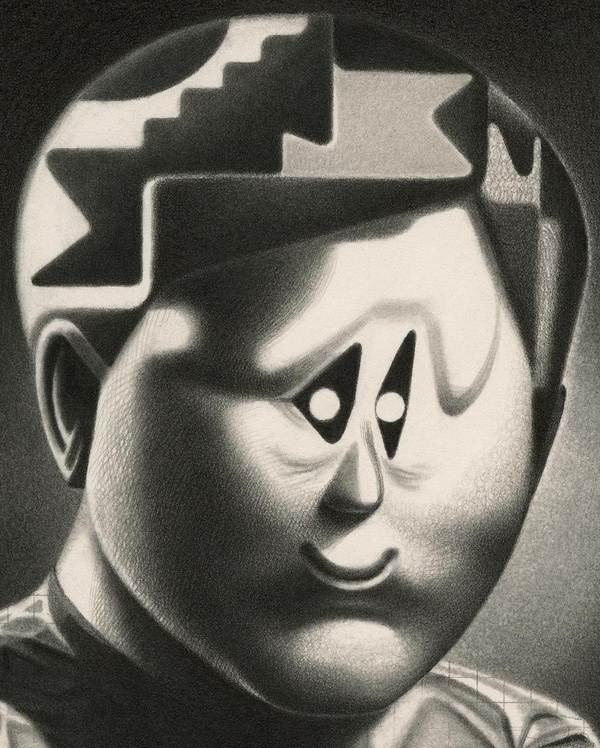 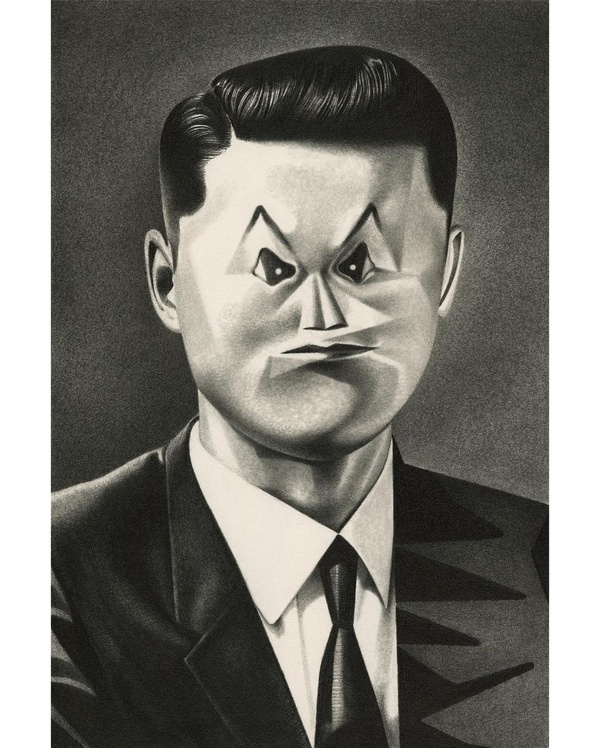 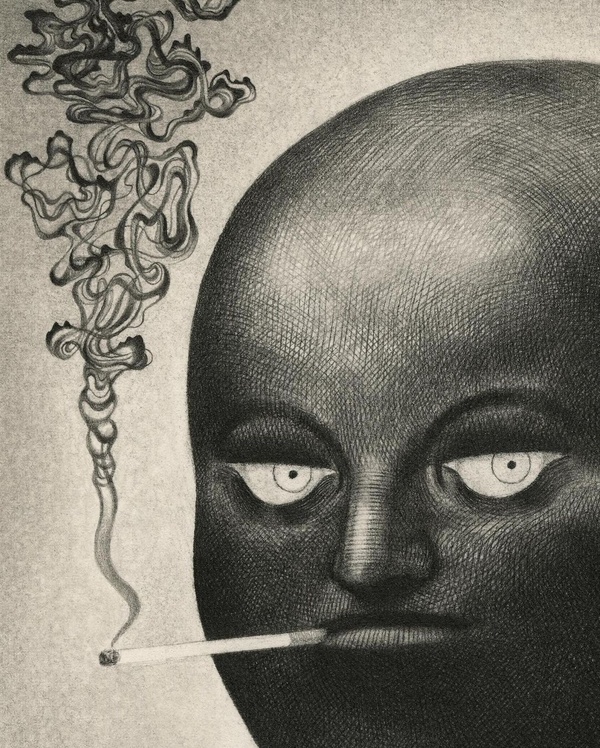