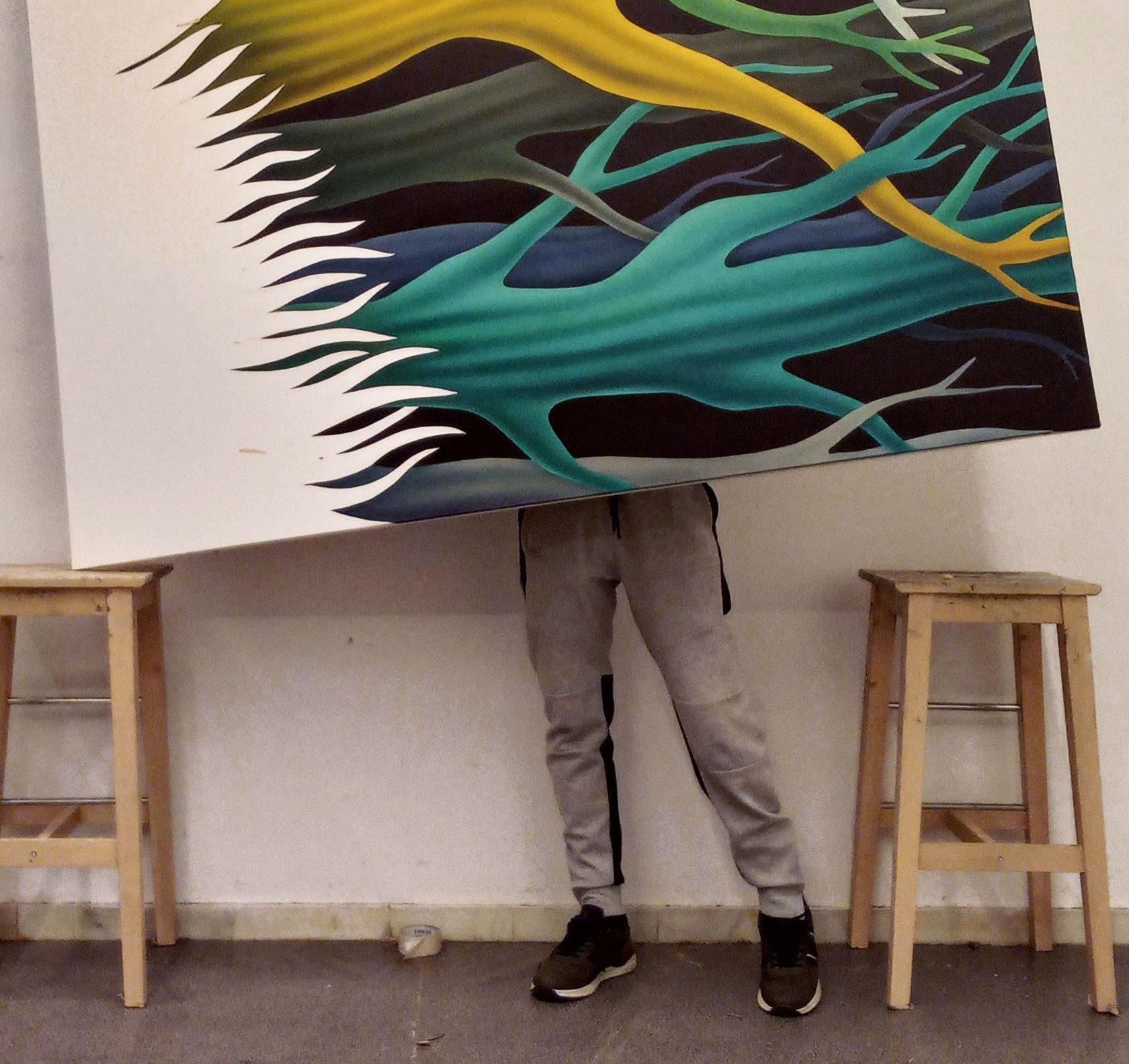 Jordi Ribes is an artist based in Barcelona. His work is known for blurring the lines between digital and pictorial expression. He achieves this ambiguity through the unconventional use of oil paint, which - devoid of its usual malleability - gives a polished and indistinct effect, combined with the adoption of electric and artificial colours. The effect serves to fuel the narrative of a fantasy world. This universe presents figures full of reference points, giving rise to a play of contrasts between the naïve and the perverse, the familiar and the unknown, the real and the fictitious.

His work has been presented in solo exhibitions at the Galería Senda in Barcelona and L21 in Palma, as well as in group exhibitions at venues such as the Centro de Arte Dos de Mayo (Madrid), Arts Santa Mónica (Barcelona), Palais de Tokyo (Paris), Galeria Lelong (Paris), Galeria Oliva Arauna (Madrid) and Tecla Sala (L'Hospitalet, Barcelona). Awarded the Altadis Prize, his work forms part of collections such as those of the Centro de Arte Dos de Mayo, the Patronato Martínez Guerricabeitia, the Altadis Foundation, the Vila Casas Foundation and the Guasch Coranty Foundation. 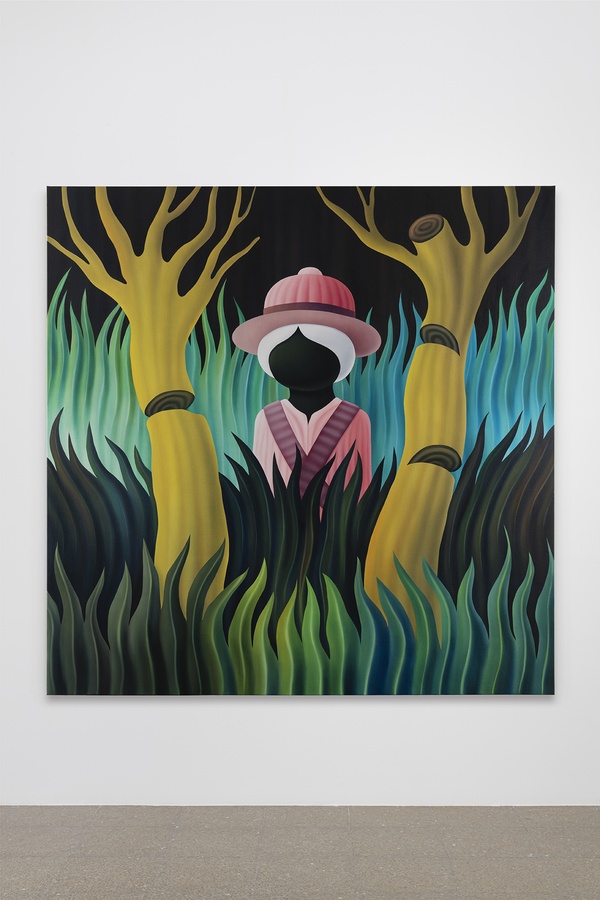 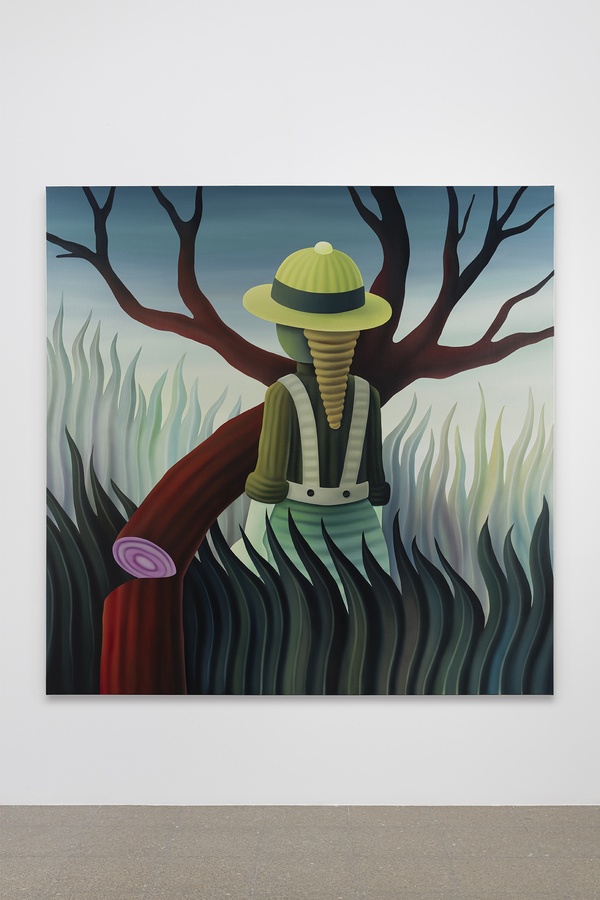 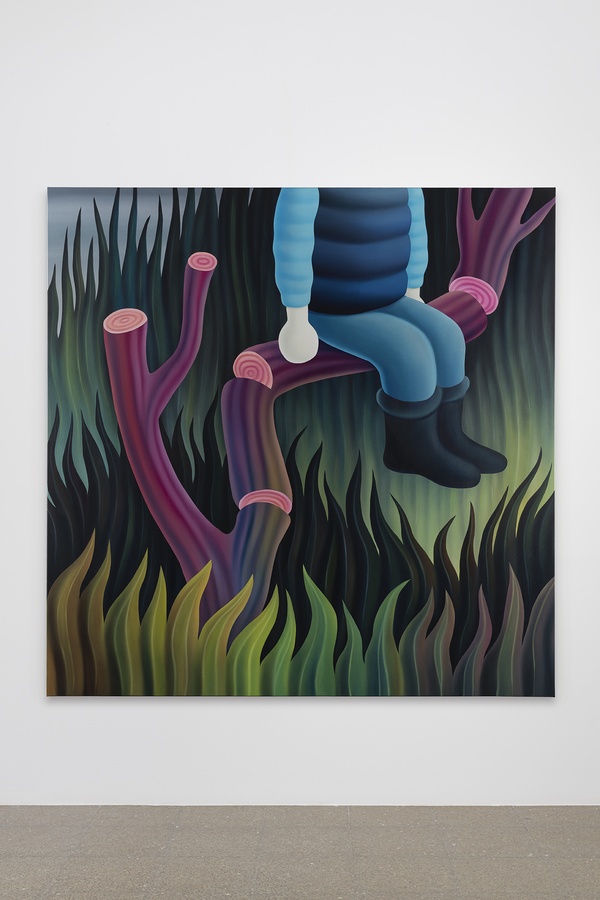 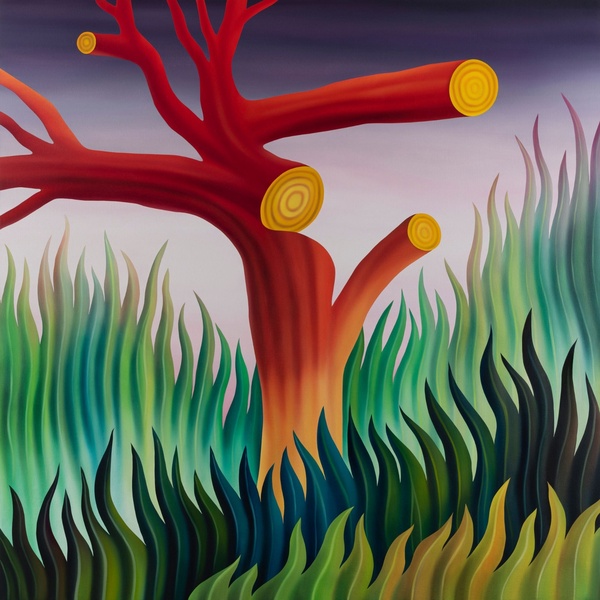 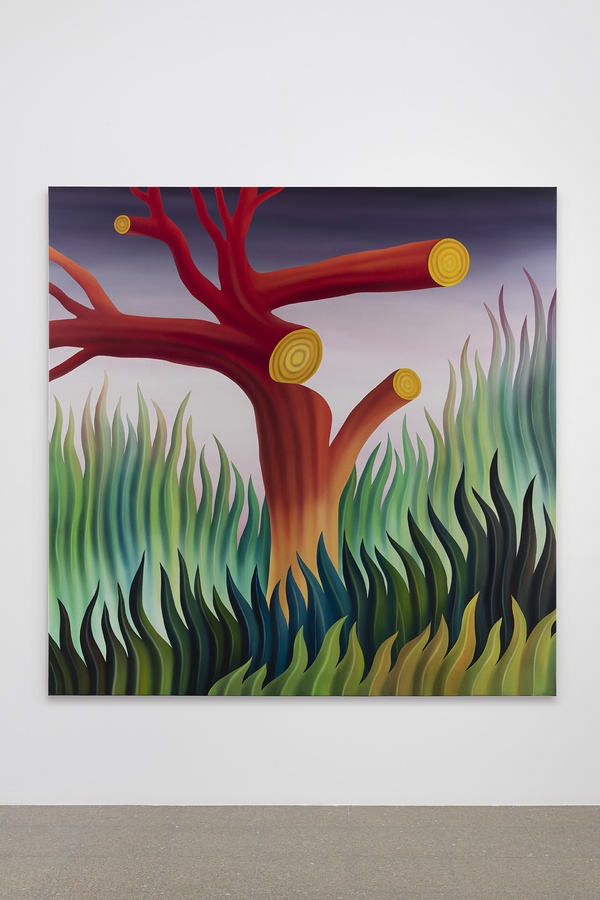 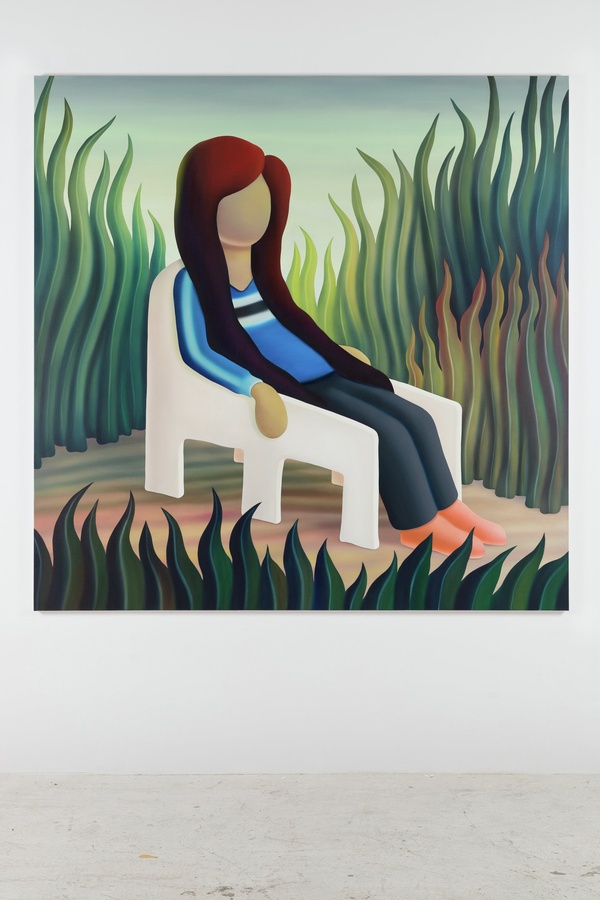 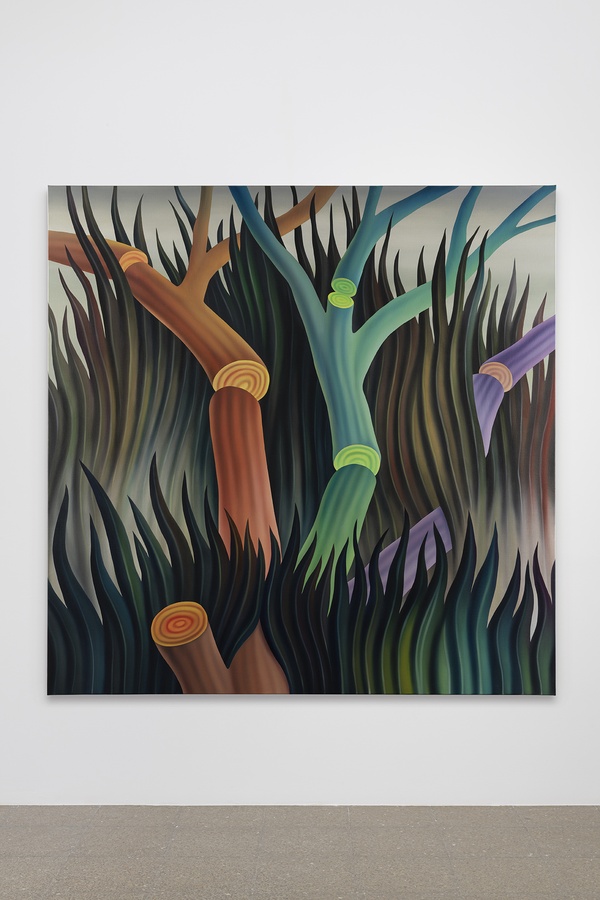 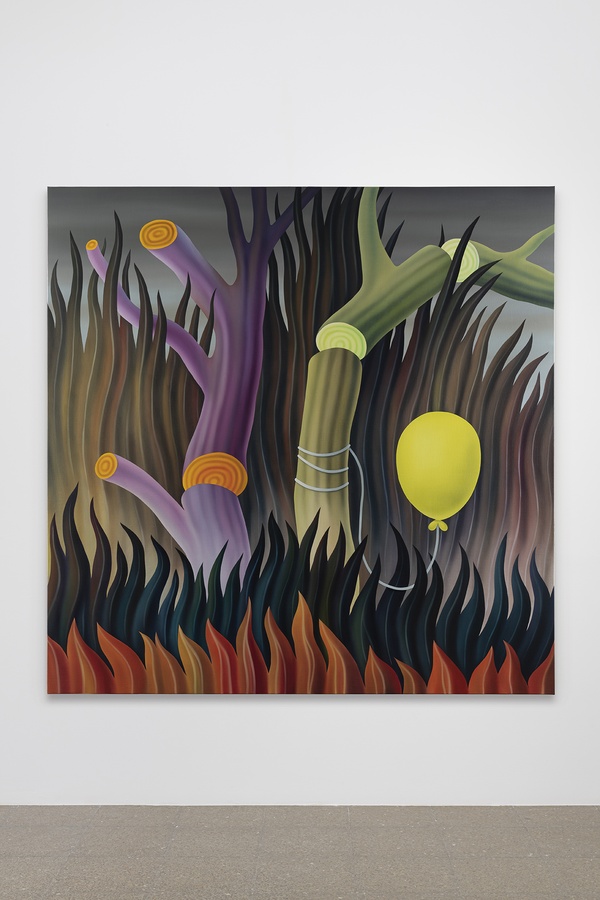