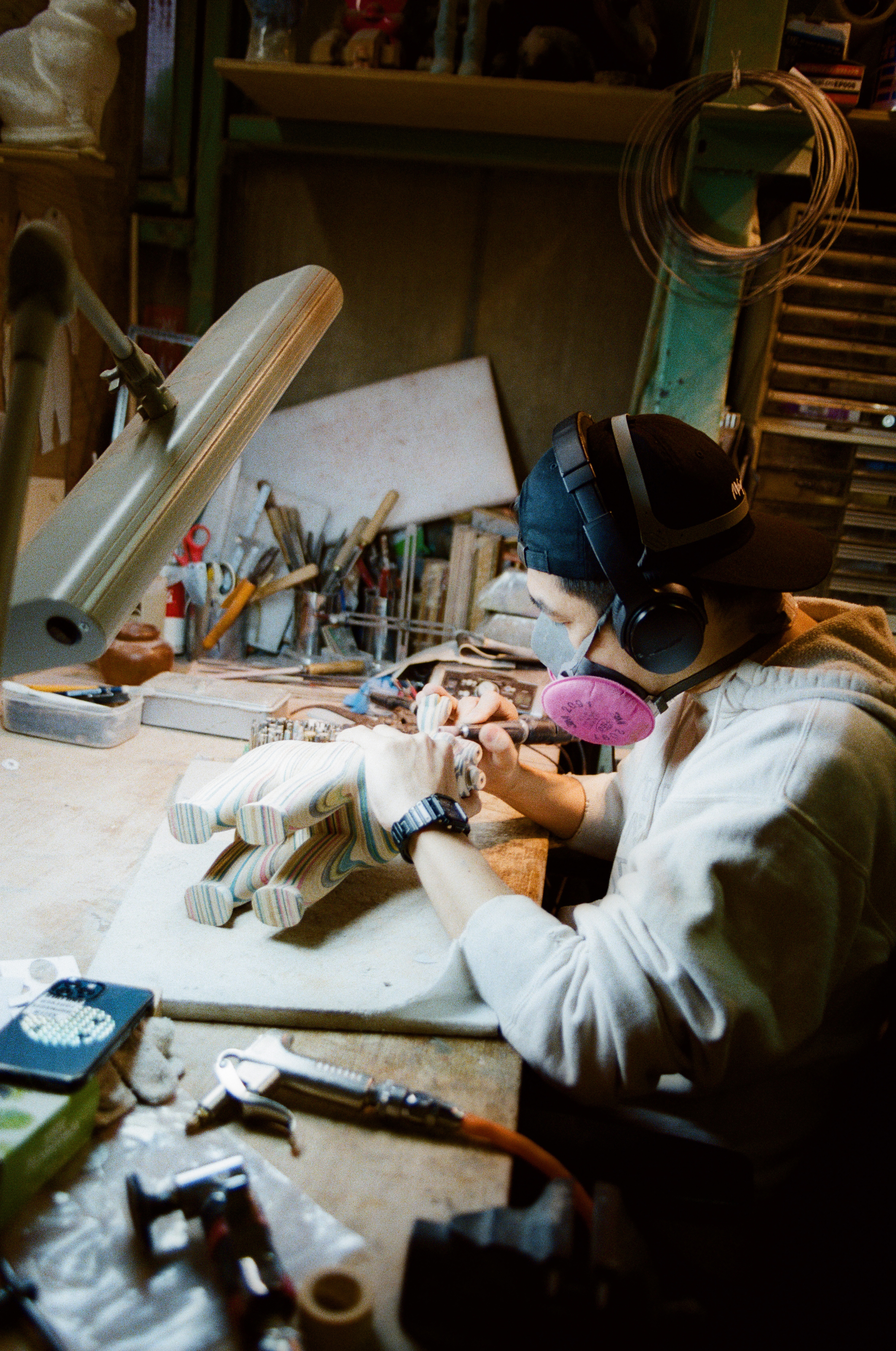 Haroshi is an artist who since 2003, has engaged in creating unique sculpture and installation works with parts from used skateboard decks. He continues to receive much acclaim for his work, such as his collaboration with the street brand HUF led by charismatically renowned skater Keith Hafnagel, as well as holding exhibitions in New York, Los Angeles, and London, recognized through his receipt of the BATB* trophy as one of the few artists to embody the depths of contemporary street culture. The production of Haroshi’s work begins by collecting worn-out decks (boards) that are usually discarded by means of cooperation from his network of friends and skateboard shops, in exchange providing them with his originally designed T-shirts and stickers. The works presented in the exhibi- tion are created through stacking these used decks in layers to comprise a block from which forms are carved out, as well as by way of assembling various sized parts that have been cut off from the decks in a manner similar to a mosaic. Haroshi himself, who has been a skater since childhood, is very much aware of the extensive train- ing that is needed in the process of mastering various skateboard techniques. Moreover from such experience, he had developed various attachments to his skateboard as his significant companion growing up. The more seriously one devotes themselves to skateboarding, the more all of its parts become damaged and worn out, eventually resulting in them breaking. Even so, Haroshi had kept his worn out deck in his room without throwing it away, and mentions how one day he glance upon it and envisioned the idea of using it as a material to create work. The reason why Haroshi’s works garner a deep empathy from not only the inhabitants of skateboarding culture but also from people around the world is because the work is not a mere means of recycle, but is in fact a seeming act of salvation that is derived from the artist’s personal affection towards skateboarding. 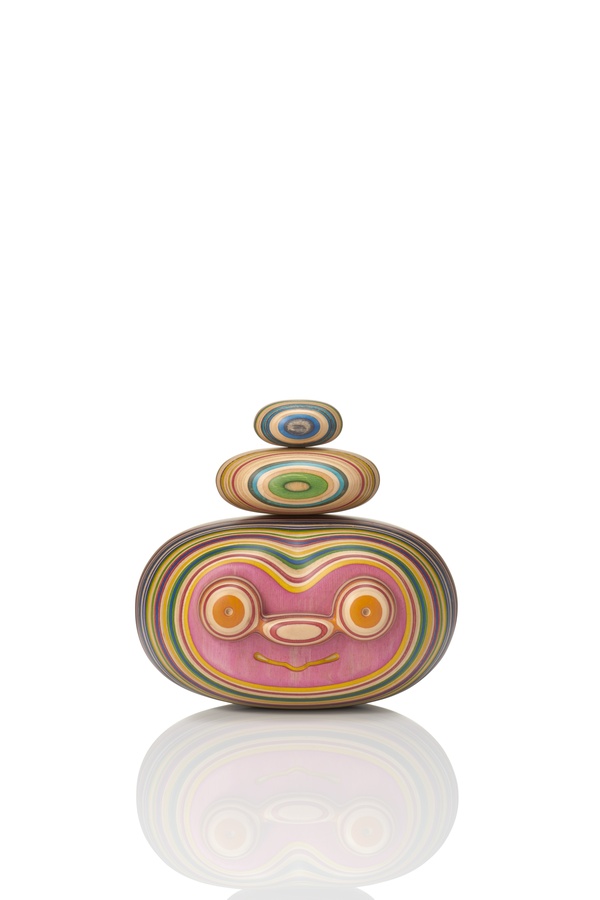 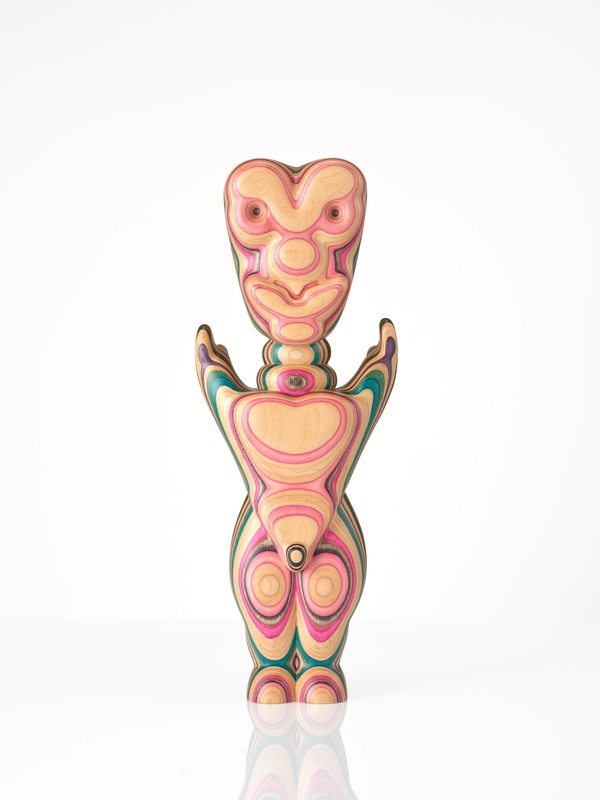