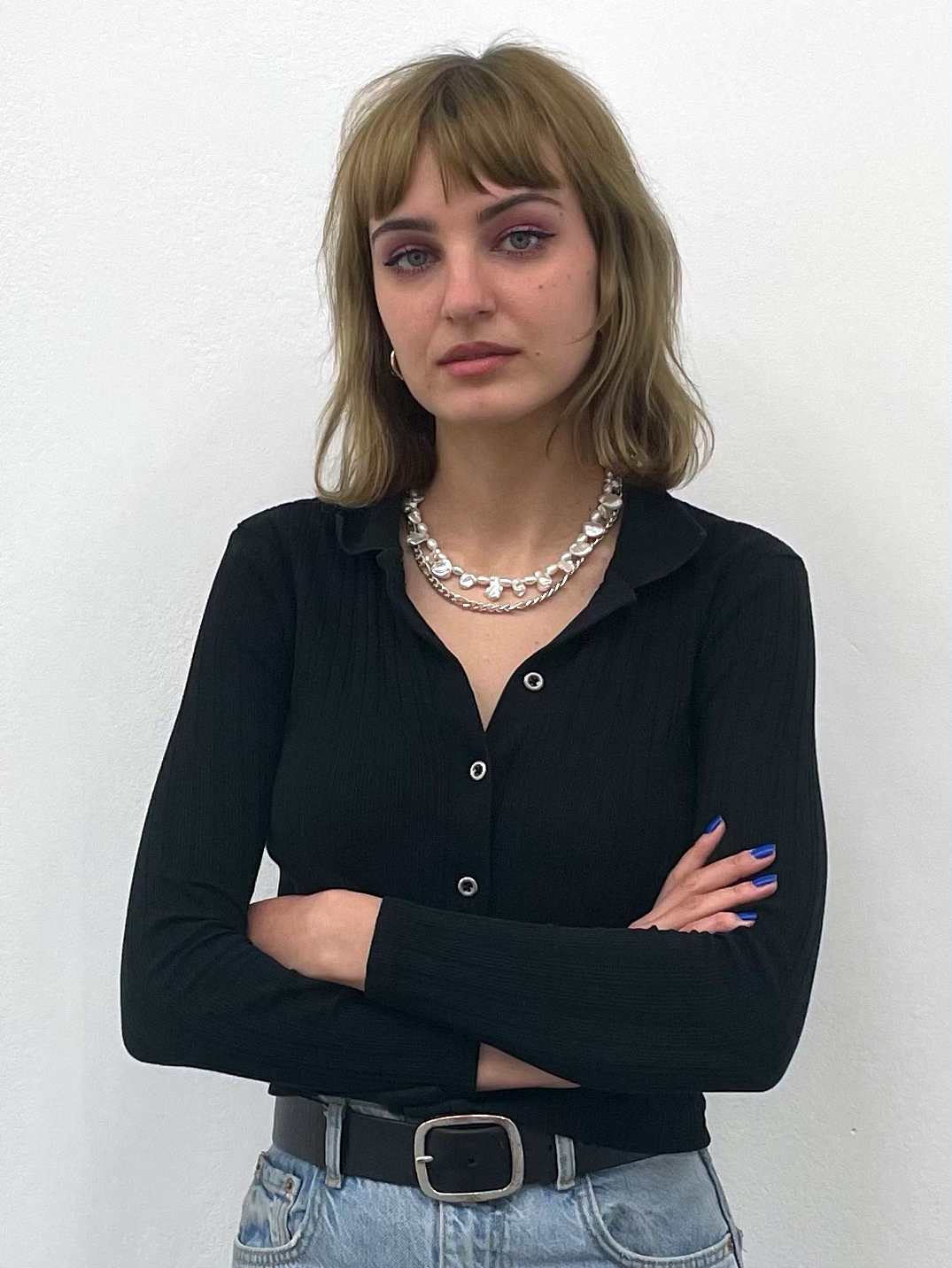 Vilte Fuller was born in 1996 in Klaipeda, Lithuania and lives and works in London, UK. She graduated from the Glasgow School of Art (2015) in BA Hons Fine Art: Painting and Printmaking. Fuller makes figurative paintings depicting narratives from glamorous hellscapes taking influence from horror manga and storytelling from her baltic heritage. Fuller was shortlisted for the 2017 HIX Award and has illustrated a number of books for Eglės leidykla. Recent group exhibitions include ‘The Dream of the Fisherman’s Wife’, Ruttkowski68, Paris (2021), ‘A High Hang’, Eccleston Project Space, London (2019), ‘Fresh Air/Hot Sauce’, Arbyte Studios, London (2019) and ‘TBCTV’, Somerset House London (2018). The Anglo-Lithuanian artist Vilte Fuller brings a wind of freshness and novelty in a sometimes-aseptic universe. She is part of this new generation of artists who are not afraid to shock or displease. Vilte puts down on her small formats her so particular, so unique universe, composed of contradictions, juxtapositions and incompatibilities. On her canvases, sometimes sewn together, concrete spaces are born, paradoxical receptacles of the artist’s imagination. The painting becomes a heterotopia, a concept described by Michel Foucault that refers us to our childhood huts, real places from which the unreal is spontaneously born. On a few centimeters, Vilte enables the cohabitation of a very Basic Instinct Sharon Stone, the terrifying universe of the mangaka Junji Ito and some references to the Polish surrealism of the painter of nightmares Zdzisław Beksiński. We also discover the artist’s heritage integrating Lithuanian folklore that depict sinister and unpredictable realities that don’t fit cookie cutter tales of ‘happily ever after.’ All the genius of this young artist lies in the dissonance and the ability to unite the glamorous plastic of an androgynous figure with a phallic alien looking like a pickle. Side by side, Vilte Fuller’s small formats appear as chapters in a long narrative, tracing the discreet advent of a singular generation, creator of a myriad of subcultures. Vilte’s work is the pure expression of this, between caustic criticism of standardized taste, rejection of past mechanisms and creation of other spaces. New "beauty" that questions, intrigues and invites to discover the libertarian challenges of the new millennium. 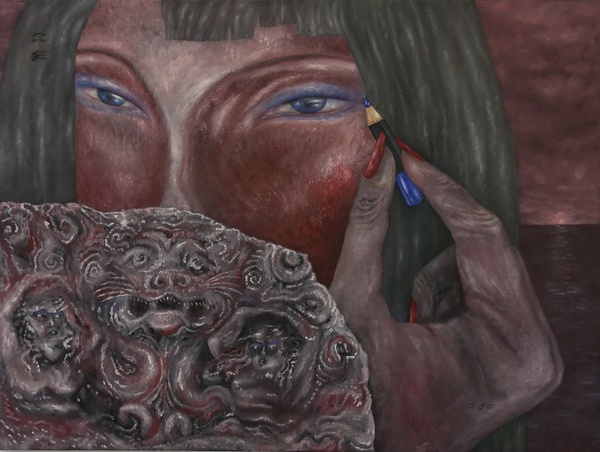 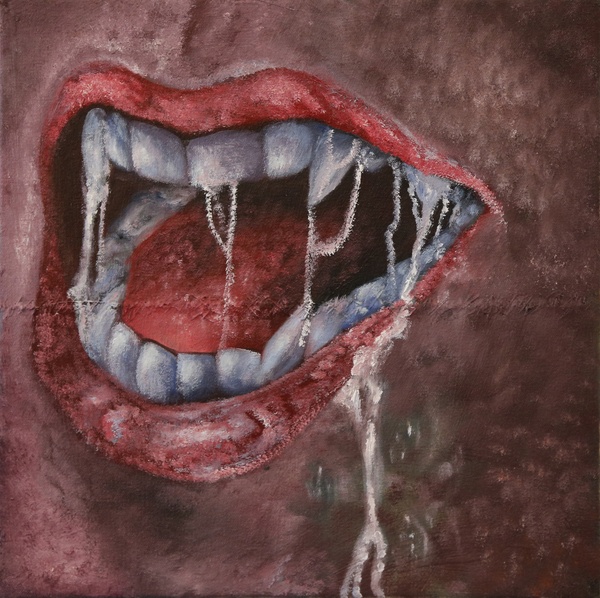 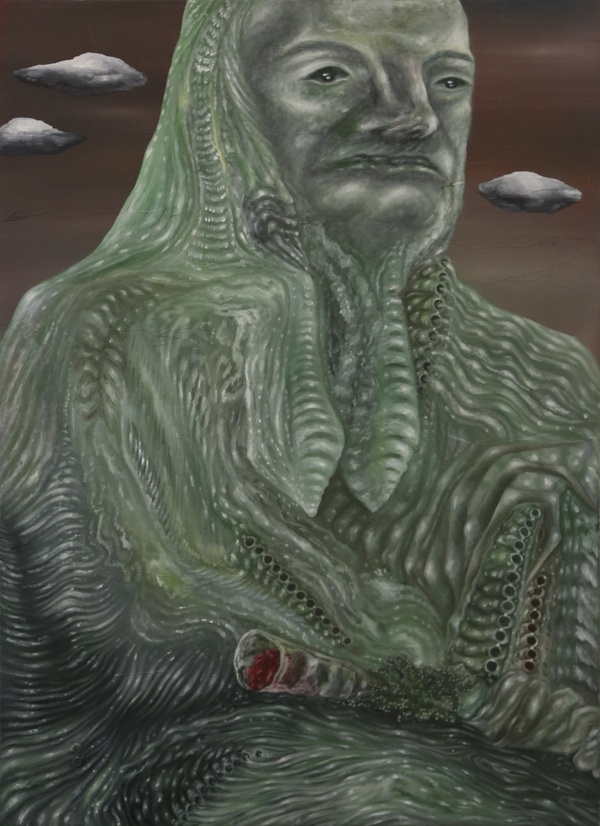 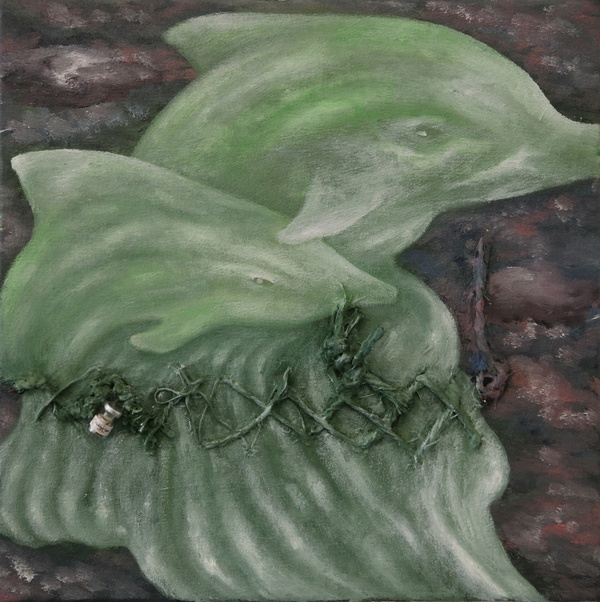 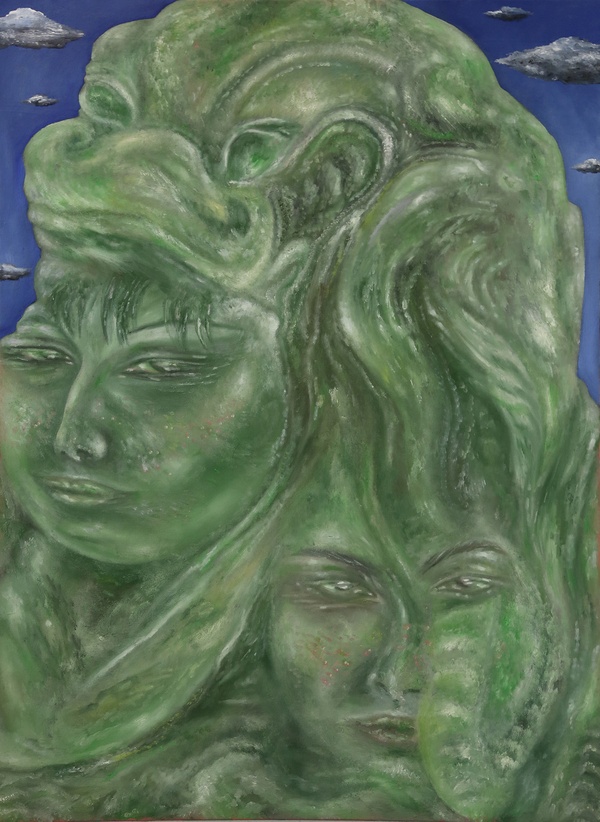 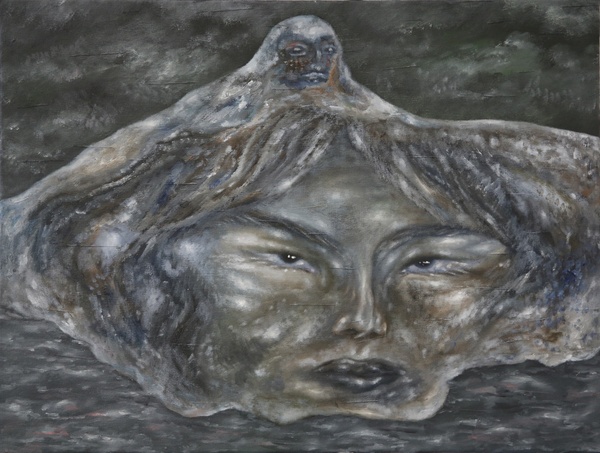 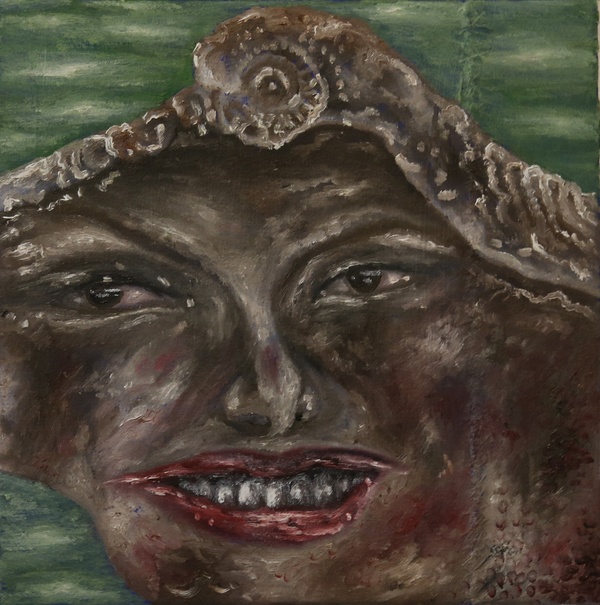