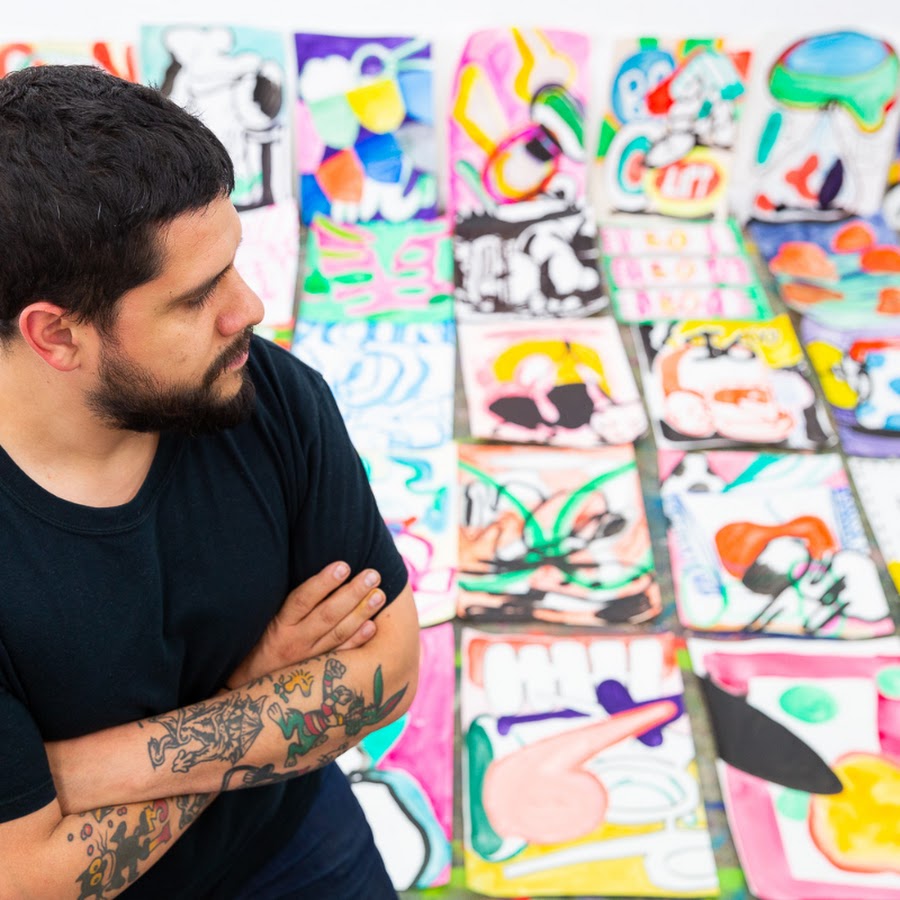 The urban landscape is a daily inspiration source for Mario Picardo. Whenever he’s moving in town, he draws his phone to shoot, film and collect hints of our society. Be it a simple food wrap or abandoned object, everything comes together to form a library of clues and shapes fueling the many concepts that will later fill whole sketchbooks.

This is from this well of references that Mario Picardo, himself passionate about semiology, American painting and the 90s’ popular culture, draws the inspiration to paint.

However, his work couldn’t be narrowed to a mere reproduction of what he’s seen and collected in his notebooks : in the serenity of his studio, the painter dedicates all his energy to express the shapes and signs of the city on large canvas, patchworks etc.

In his creations, flashy colors meet with black, sober elements on various supports such as re- coated elements, stretched on frames, paper, fulfilling the artist’s purpose to raise handicraft to the state of art.

Growing up alongside his father, a house painter, Mario Picardo inherited an attraction for building materials, widely preferred over those of the fine arts, and a certain taste for thoroughness.The times he spent in his fathers’ truck, used as a traveling workshop, gave him a taste for optimisation and the reappropriation of spaces and materials. 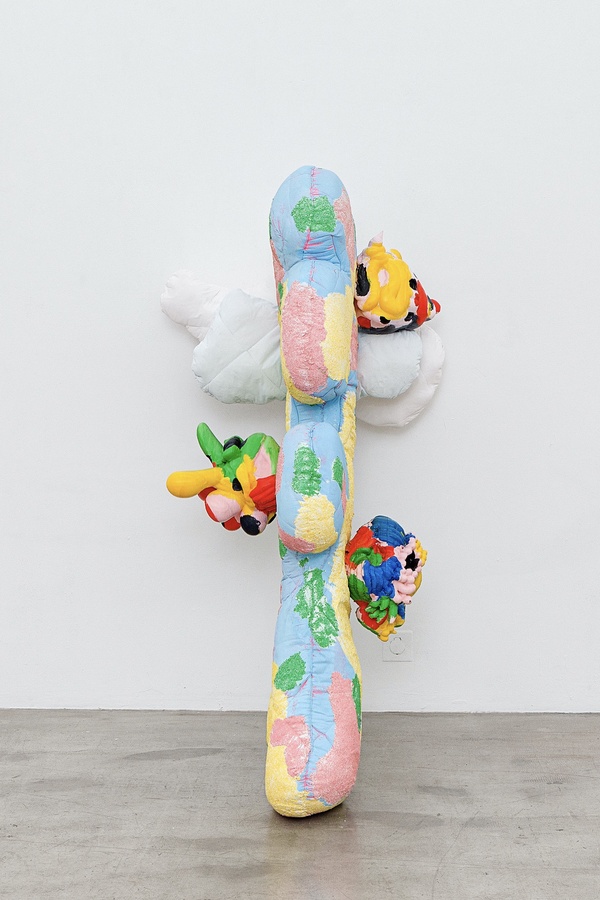 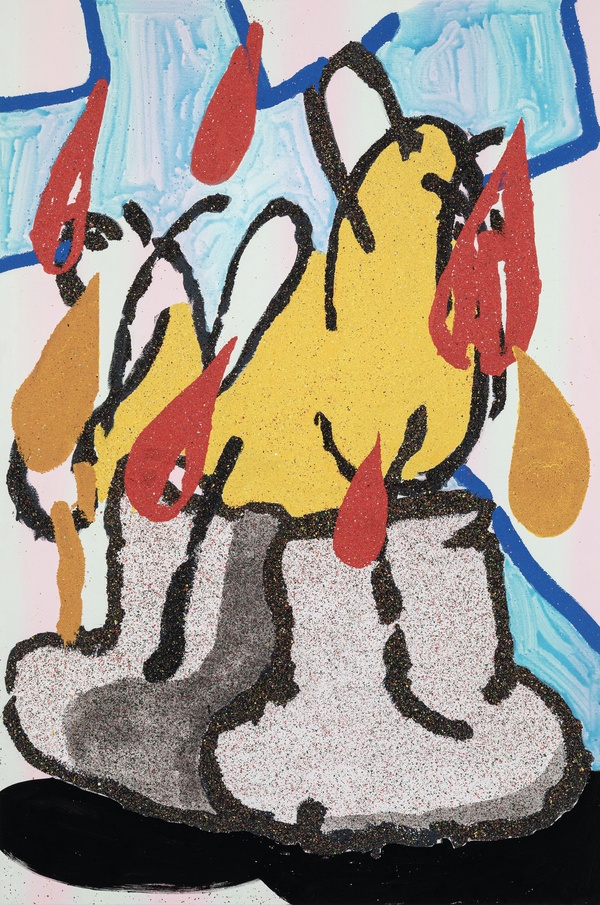