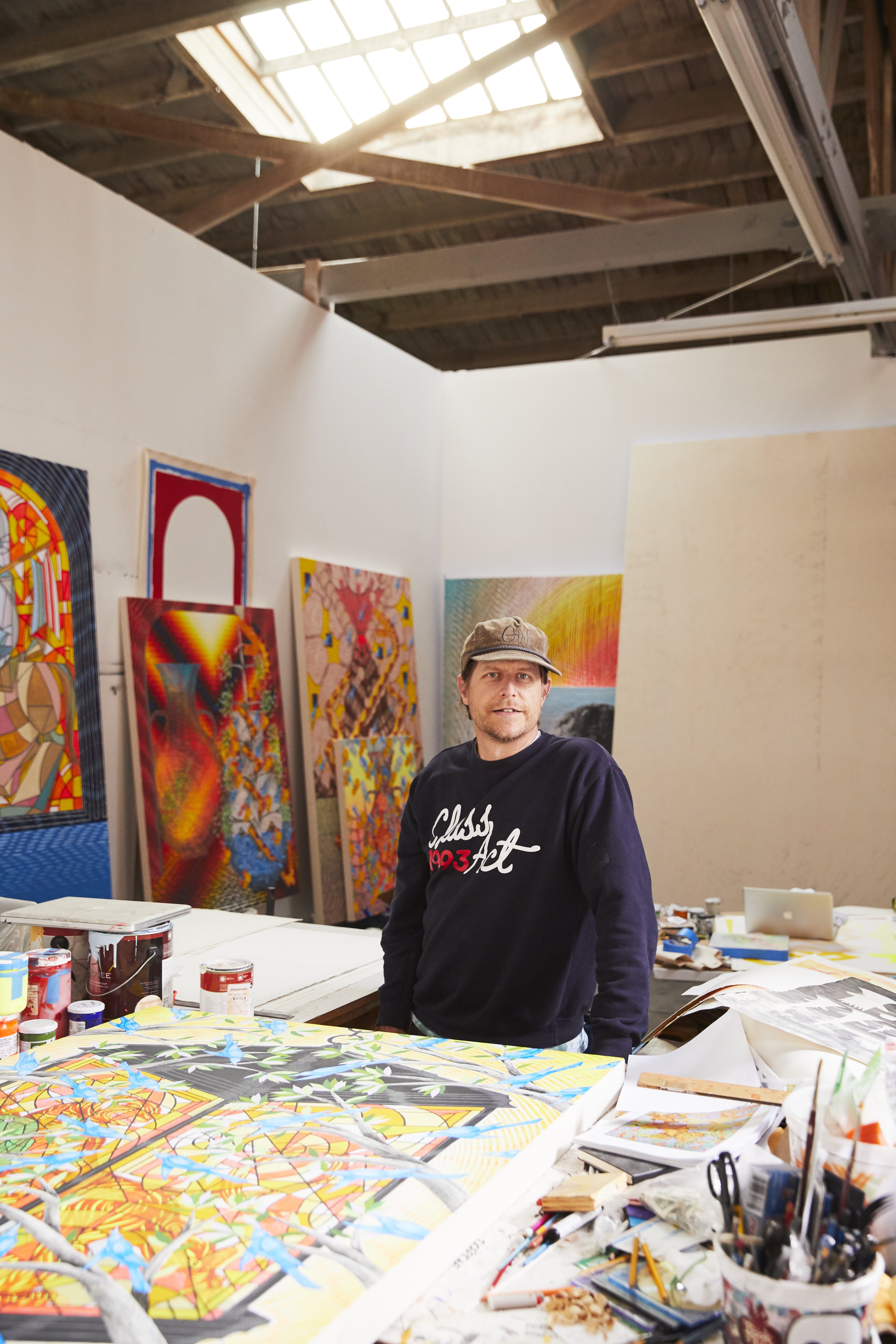 Born 1975, lives and works in Los Angeles, Cali- fornia. He received his BFA in Illustration from the Academy of Arts University in San Francisco, CA. His works are represented in important collections such as the Los Angeles County Museum (LACMA), the Berkeley Art Museum or the San Francisco Museum of Modern Art, CA. Andrew Schoultz approaches social and political issues in a painterly manner and represents an all-encompassing, historical position with his densely layered paintings, in which he explores recurring patterns of behavior in history in relation to war, natural disasters and globalization. Inspired by underground comics, German cartography, ancient illustrations from Schedel's World Chronicle of 1493 or Persian miniatures, the American artist's works are visually and thematically highly allegorical. Obviously lacking references to individual historical events, they explore a collective unrest fed by various global affairs, such as the wars in Iraq and Afghanistan, the U.S. Election of 2016, the rise of China as an economic giant, or the fall of the Persian and Roman Empire. His wide range of historical references illustrates not only Schoultz's interests and influences, but also his idea of illustrating the cyclical nature of secular history through the use and juxtaposition of archaic and modern symbols, as well as iconography.